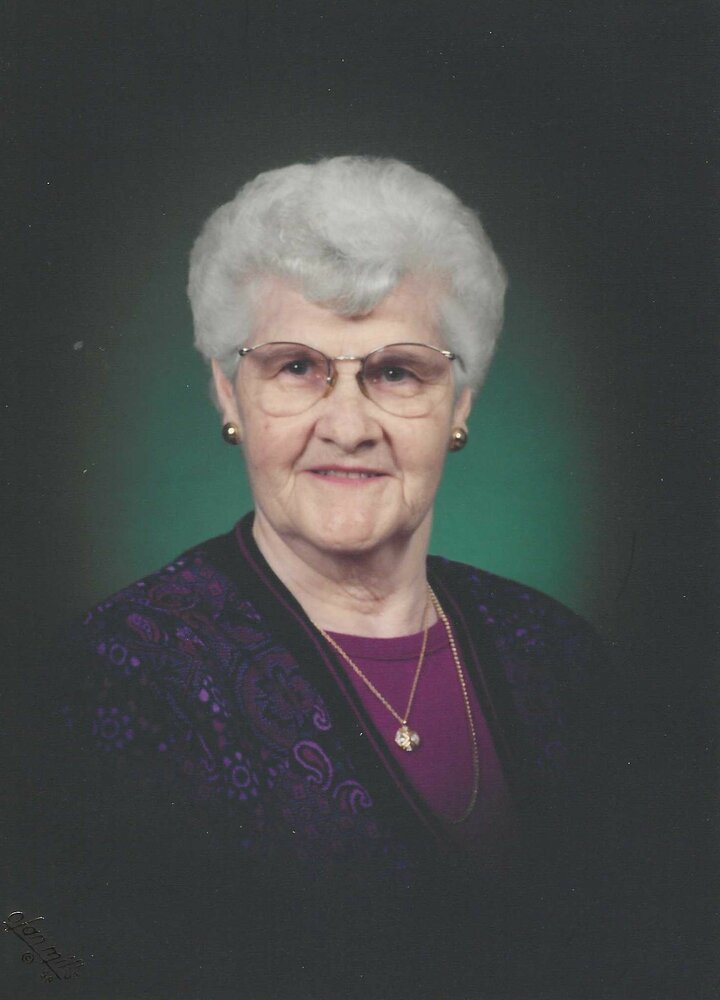 Please share a memory of Lura to include in a keepsake book for family and friends.
View Tribute Book
Lura Hagler was born September 26, 1923, in Licking, Missouri to Berry and Grace Adams Crow. She passed away at the age of 99 on December 12, 2022, at Springfield Villa Nursing Home in Springfield, Missouri. Lura was baptized at an early age and was a faithful member of the Church of Christ until her passing. She was married to June Hagler on June 24, 1945, at the home of her parents in Licking, Missouri. Lura attended Licking Schools and graduated in 1941. She then attended Southwest Missouri State Teachers College, Springfield, Missouri, receiving a Bachelor of Science in Education. She taught school for thirty-three years. Her first term of teaching was at Concord, in Maples, Missouri, followed by a year and a half at Walnut Ridge, in Kinderpost, Missouri. Lura taught a total of thirty- and one-half years in the Licking School System, retiring in 1980. In retirement, Lura and June enjoyed traveling and camping with friends in their fifth wheeler. Lura was a doting mother and grandmother who attended many school activities and sporting events in support of both Byron and Lance. Lura is preceded in death by her parents; husband; sister, Colleen Williams; and brothers, Wilford Crow and Millard Crow. She is survived by son, Byron and wife Dana of Springfield, Missouri; grandson Lance, his wife Andrea; and four great grandchildren: Isaiah, Elijah, Aaron and Isabelle all of Tomball, Texas. In lieu of flowers, donations can be made to The Alzheimer’s Association.
To plant a beautiful memorial tree in memory of Lura Hagler, please visit our Tree Store
Tuesday
27
December

Look inside to read what others have shared
Family and friends are coming together online to create a special keepsake. Every memory left on the online obituary will be automatically included in this book.
View Tribute Book
Share Your Memory of
Lura
Upload Your Memory View All Memories
Be the first to upload a memory!
Share A Memory
Plant a Tree