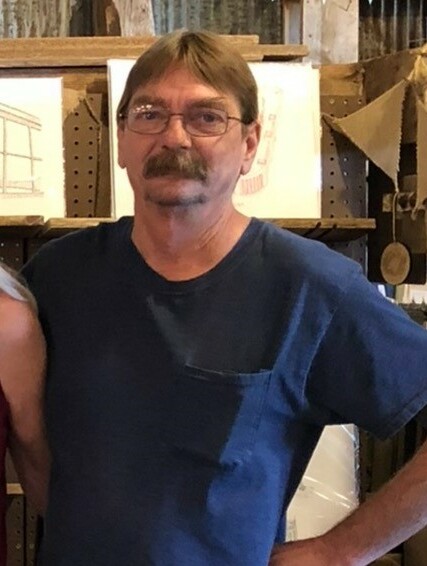 Please share a memory of Joseph to include in a keepsake book for family and friends.
View Tribute Book
Joseph “Joe” Edward Barnes, 59, of Licking, MO, passed away on December 10, 2022. Joe was a loving husband, father, grandfather, and friend. Joe was born on May 14, 1963, to Loren and Evelyn Barnes in Houston, MO. Joe grew up and lived most of his life here in Texas/Dent County enjoying the Ozarks and spending summer days at the river. He spent many years working as a screen printer at Rawlings & Tag in Licking, MO. He later worked at Seville Care Center in Salem, MO where he was loved by residents and staff alike. Joe was known as a history buff with a wealth of knowledge, answering trivia questions with ease. He became a cast iron guru cooking up amazing recipes as well as salvaging old cast iron pieces for anyone who asked. Grilling for the family brought him such joy and no meal was complete until a photo was taken before digging in. During football season the KC Chiefs and MU Tigers were always on at his house. If the STL Cardinals had a game the channel changed immediately. Joe was old school loving rock n roll, his country, and supporting those who’ve served this great nation. Joe leaves behind to cherish his memory: wife of 34 years, Jan; two daughters & son in laws, Anna & Matt Patterson of Blue Springs, MO & Jessie & Charlie Gresham of Summerville, SC.; two grandchildren, Nora Lynn & Jack Barnes Patterson, who gave him his favorite title of “Papa Joe”.
To plant a beautiful memorial tree in memory of Joseph Barnes, please visit our Tree Store
Wednesday
14
December

Look inside to read what others have shared
Family and friends are coming together online to create a special keepsake. Every memory left on the online obituary will be automatically included in this book.
View Tribute Book
Share Your Memory of
Joseph
Upload Your Memory View All Memories
Be the first to upload a memory!
Share A Memory
Plant a Tree