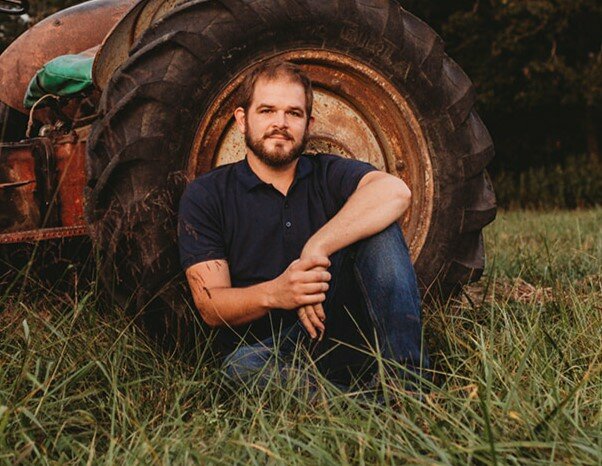 Please share a memory of Ryley to include in a keepsake book for family and friends.
View Tribute Book
Our son Ryley Allen Wallace was born on October 1, 1990, in Houston, Missouri. Ryley completed our family of 4. Big sister Amber was thrilled to have her own live baby doll. Left behind are his parents, Clay and Billi-Jo Wallace; Ryley's fiancé, Breann Simmerly of the home; two children, Hunter and Annabelle of the home; one sister, Amber Ramsey and her husband Chris Ramsey of Licking, MO; two nephews, Woodrow and Jensen Ramsey of Licking MO; grandmother, Bonney Milan of Wolcott, New York; best friend/brother Justin Jennings of Licking, MO; many uncles, aunts, cousins and friends; and also a special group of ladies we call the "Golden Girls.” Waiting at the gates of heaven for Ryley were his Grandparents Shirley Shove, David Sprague, Carl and Rose Wallace, and his uncle Jeff Sutton, and many others. As a child Ryley was fascinated with taking things apart, like cutting up his sister’s bean bag chair to see what was inside. This was the beginning of his Dad teaching Ryley how to take stuff apart, but also how to get it back together again. Always wanting to know what was inside or how things were put together. Ryley had a love of collecting guns and being outdoors. He loved farming with his Grandpa Carl and Uncle Ronald. He would tag along ever since he was big enough to walk. They both taught him how to work cows and put up hay. Ryley's Uncle Ronald taught him the fine art of hunting and tracking. Ryley was blessed with a best friend that is truly a brother, Justin Jennings of Licking MO. Justin has been by Ryley's side throughout his life and was there with him the night he passed. On May 5, 2015, Ryley and Breann began dating. They lived in St. James, MO at that time. In the spring of 2017, they moved to the farm, moving into his Grandma and Grandpa's home. Ryley was happy to be "home." On the farm Ryley would teach Hunter how to handle a gun and shoot. On August 15, 2017, Annabelle Rose was born. The apple of her daddy's eye! Ryley had a love and bond with his Great Uncle Chuck and Great Aunt Linda of Martville, New York, who own and operate a large crop farm in Martville. Nothing made Ryley happier than getting to drive some of Uncle Chuck's big tractors and his fire truck. As Ryley told whomever would listen, that his Great Uncle Chuck had a "real farm." Only to make us giggle. Ryley's hobbies were hunting, fishing, and anything to do with trying to go faster or stronger. Ryley enjoyed track throughout school. His senior year he took shop class. His project was a queen size pine pole bed that he made for his mom and dad. Throughout high school Ryley worked for Randy and Lisa Harris at their business, H.E.I. On summer break he worked for Intercounty Electric, in the shop. After graduation, Ryley worked for Walmart in Houston for a few years then transferred to the Walmart D.C. in St James, MO. After 10 years with Walmart he went to work for David Hicks of Licking in the construction trade. Ryley worked until the day he was admitted to the hospital through the emergency room in Houston then transferred to Springdale, Arkansas for cancer. For 353 days Ryley fought the fight of 2 types of Testicular Cancer; a fight that was hard, but he never gave up. Our family and community kept a prayer chain going continuously. When Ryley was stronger this past summer, we loaded Ryley and Breann up and took a road trip to New York, to his Uncle Chuck and Aunt Linda’s farm. He got to enjoy some of his favorite foods and see as much family as possible in a week that went too fast. On October 13, 2022, Hospice Compassus became part of our family. Our family is forever grateful for Janelle, Karla, Holly, and Donna. They loved Ryley and the the rest of us. Compassion and love was always shown. Ryley was a lot of fun to be around and was always making big plans about some project. Losing you has left a big hole in our hearts that will never be filled. We all will miss him more than is conceivable. Always and Forever.
To plant a beautiful memorial tree in memory of Ryley Wallace, please visit our Tree Store
Friday
25
November

Look inside to read what others have shared
Family and friends are coming together online to create a special keepsake. Every memory left on the online obituary will be automatically included in this book.
View Tribute Book
Share Your Memory of
Ryley
Upload Your Memory View All Memories
Be the first to upload a memory!
Share A Memory
Plant a Tree