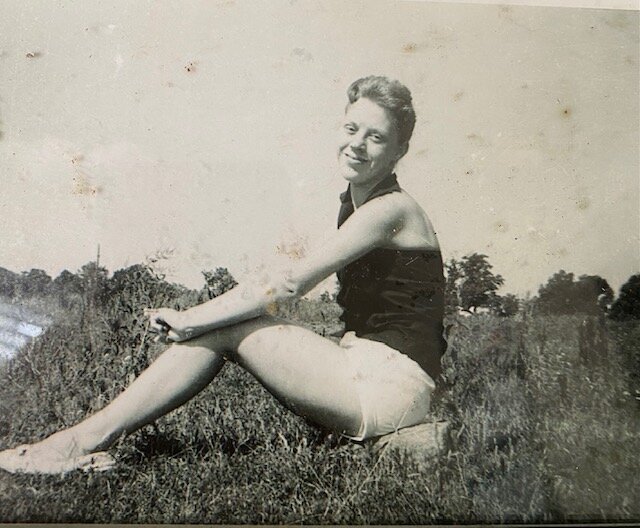 Please share a memory of Dollie to include in a keepsake book for family and friends.
View Tribute Book
We regretfully announce the passing of Dollie Hawkins, 79, originally of Licking Missouri. After struggling with pneumonia and a failing respiratory system for five weeks she passed away at Swedish American Hospital in Rockford, Illinois on September 28, 2022. Dollie was a woman of strong faith. Her health struggles had exhausted her and she had accepted that she would be passing from this world to be in a better place. She communicated her wishes to her family. She was able to converse with over twenty family members in her final few days and explain her acceptance and wishes. She had family members beside her as she passed away. Dollie was born on October 12, 1942 to Laura Rosalee Edwards and Sherrill Elmer Edwards. Dollie grew up in the Licking area and graduated from Licking High School in 1960. She has two younger brothers, Dale Elmer Edwards (wife Cathy deceased) and Henry Donald Hogan (wife Janey). She married Earl Wayne West in 1960 and they had a son Jimmy Dean. Earl Wayne passed away in a car accident in 1963. Dollie married William F. Hawkins in 1969 and they had a daughter Donna Sue. William passed away from a long fight with cancer in 1991. She lived in St Louis from 1963 until she retired from a billing and accounting position from Army Aviation and Troop Command (ATCOM). In retirement she lived near her children in both the Rockford Illinois and Stow Ohio areas. She is survived by her children; Jimmy West (fiancée Kathy Corey) and Donna Snyder (husband Jacob Snyder) and six grandchildren; Zane Allen West, Jacob Jeremiah West, Graham Alexander West, Ian Michael Shotts, Aidan Phillip Snyder, & Evan Michael Shotts. As a young girl Dollie chose to attend New Salem Baptist Church and was baptized. She led a Christian life and was a loving and caring mother and sister who wanted the most for her family. A memorial service is scheduled for 2:00 PM Saturday November 5th at Fox Funeral home in Licking Missouri. Reverend Gary Parker will officiate. Donations may be made to one of her favorite non-profit charities, St Jude Children’s Research Hospital 800-608-3023.
To plant a beautiful memorial tree in memory of Dollie Hawkins, please visit our Tree Store
Saturday
5
November

Look inside to read what others have shared
Family and friends are coming together online to create a special keepsake. Every memory left on the online obituary will be automatically included in this book.
View Tribute Book
Share Your Memory of
Dollie
Upload Your Memory View All Memories
Be the first to upload a memory!
Share A Memory
Plant a Tree