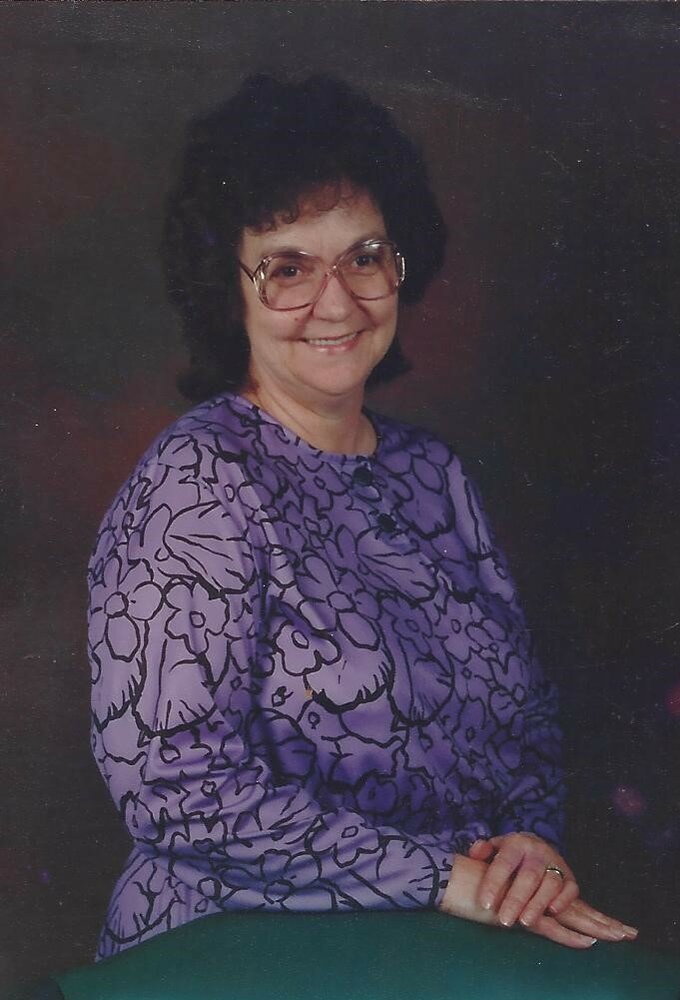 Obituary of Dora May Wallace

Please share a memory of Dora to include in a keepsake book for family and friends.
View Tribute Book
Dora May Wallace, the oldest daughter of Chester and Mary Fox was born on April 12th, 1939, at Eunice Missouri and departed this life on October 8th, 2022, in Licking Missouri. Dora May was united in marriage to Gerald Dean Wallace on January 31, 1958. To this union five Children were born, Michael Wallace, Brenda Wallace, Jerry (JD) Wallace, Debbie Wallace, and Bradley Wallace. Dora May was preceded in death by an infant daughter, Debbie Sue; her parents, Chester and Mary Fox; brother, John Fox; and her in-laws, Ed and Mary Wallace. Dora May is survived by her husband, Gerald of the home; children, Michael (Connie) of Licking, Brenda (Kenneth) of Houston, J.D. (Donna) of Houston, and Bradley (Ruth Ann) of Houston; sisters, Naomi Hayes (Lee) of Ozark, and Mary Katherine Collins of Houston, brother, Roy Fox of Tennessee; in laws, Ada Ingram of Licking, Wesley (Cathy) Wallace of Licking, Glenna Wallace of Birch Tree, and Lou Ann (Don) Stewart of Fordland; 19 grandchildren, 20 great grandchildren, and 2 great great grandchildren, and a host of nieces and nephews. Dora May grew up in the Eunice, Missouri area attending the Oak Ridge Country School near her home and graduating from Summersville High School with the class of 1957. While she was attending Oak Ridge School, she would work at the school to buy her brother John and her’s lunch. One of her favorite stories to tell was being on a school FHA trip to West Plains and getting to see Minnie Pearl. Sometime in the area of the end of 1957 Dora May was working at a restaurant in the Raymondville, Missouri area with a young lady by the name of Glenna Wallace. A young man would come into that restaurant after returning from the United States Marine Corps and ask her to go on a date with him after eating some pie. The stories told was that the courtship lasted somewhere between six weeks to six months depending on the day. Even though they only dated for a short time their marriage lasted over sixty-four years. Dora May Worked several jobs through her life, from the food service industry, teacher’s aide at Licking R-8, and as a cook at the Licking Nursing Home. She would eventually earn a degree as a dietician assistant and supervise the kitchen at the nursing home. Dora May even won first prize in a cooking contest in the dessert category for her sugar cookies. After she retired, she was very active in helping raise her grandchildren and cooking for her family. Anytime you were in her house she was concerned if you had plenty to eat. Dora May was also known for her homemade bread. Early in life, Dora May accepted Jesus Christ as her Lord and Savior at Eunice Baptist Church during Vacation Bible School. Dora was a longtime member of Boone Creek Baptist Church, serving in their VBS programs and Sunday Schools when her children were young. In the later years she would attend church in the churches her son was pastor as long as her health allowed. Throughout her life she showed her love for her family. In the final days she told of her love for each of them, and she was concerned for their wellbeing. She spent time praying for and thanking God for each person in her family. Her Family was her life, and she enjoyed every visit, card, picture, and call. Dora May will be missed by those who loved her and knew her.
To plant a beautiful memorial tree in memory of Dora Wallace, please visit our Tree Store
Wednesday
12
October

Look inside to read what others have shared
Family and friends are coming together online to create a special keepsake. Every memory left on the online obituary will be automatically included in this book.
View Tribute Book
Share Your Memory of
Dora
Upload Your Memory View All Memories
Be the first to upload a memory!
Share A Memory
Plant a Tree