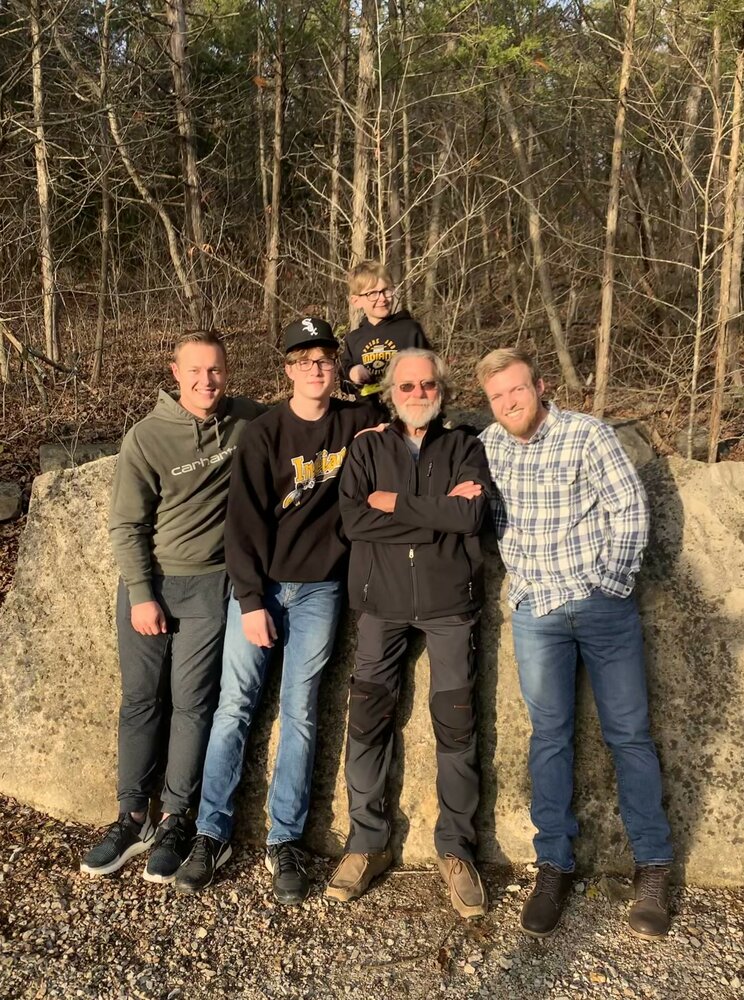 Please share a memory of Scotty to include in a keepsake book for family and friends.
View Tribute Book
Scotty Lee Wade passed away July 18, 2022, at the age of 73, in his home “On The Edge” near Boiling Springs. Scotty was born March 13, 1949 to Leslie and Vera Wade. He was raised with his sister, Charolette and younger brother, Randy. Scotty graduated from Licking High School in 1967 and went on to attend Missouri State University in Springfield, MO, earning his bachelor’s degree in business administration. Scotty worked for many years aside his father, Les hanging drywall. After his father’s retirement, Scotty went to work at Fort Leonard Wood for the federal government as Chief Medical Claims Officer. He worked in this field for over 20 years. In his late 20s, Scotty became interested in Karate and excelled in this way of life, quickly becoming a third-degree black belt. He opened his own Karate Dojo and taught for several years in Licking, Salem, and Houston. Scotty lived most of his life in the Boiling Springs area. He loved canoeing, fishing, and simply LOVED the area. His passion for the outdoors, gardening, wildlife, and sharing his love with others was apparent in everything he did. When he wasn’t enjoying his home or spending time with his family, his other hobby was found in the many Harley Davidson motorcycles that he owned. Scotty loved his Harleys and was still riding them up until his passing. On more than one occasion, Scotty made trips to California to see family on his motorcycle, often camping along the way. Over the last several years Scotty battled cancer and beat the illness on two different occasions. To beat cancer twice, Scotty became a tedious student of herbal medicine and maintained a large greenhouse “On The Edge.” He was cancer free and enjoying life, encouraging others in their faith, and working on his newest business venture of rehabbing a home as a vacation property near Branson MO. Scotty always enjoyed spending time with friends and family, especially the annual Christmas get together at his sister’s home. He enjoyed watching his grandsons, Cody, Cole, and Trey, play baseball. He would often travel far and wide to watch them play and, after the games, he loved helping them discover new exercise techniques based on his Karate training. He also loved battling wits against Bennett in games of chess or in an inquisitive conversation. He is survived by his sister, Charolette Watskey and husband Jim; daughters, Joey Roberts and son in law Billy, Veronica Gardner and son in law Randy, Skye Doty and son in law Waylon, and Brooke Wade; Grandchildren Cody Roberts, Cole Roberts, Trey Gardner, Bennett Gardner, Stetson Doty, River Vaughn, Adler; one Great Grand Daughter, Ivy Eleanor Roberts. He also was blessed to be surrounded by three very special people that he treasured his niece, Lisa Wade; and his two nephews, Troy Wade and Tyler Watskey. Scotty’s family would like to thank everyone for their kind words, thoughts, prayers, and condolences at his untimely passing.
To plant a beautiful memorial tree in memory of Scotty Wade, please visit our Tree Store
Saturday
6
August

Look inside to read what others have shared
Family and friends are coming together online to create a special keepsake. Every memory left on the online obituary will be automatically included in this book.
View Tribute Book
Share Your Memory of
Scotty
Upload Your Memory View All Memories
Be the first to upload a memory!
Share A Memory
Plant a Tree