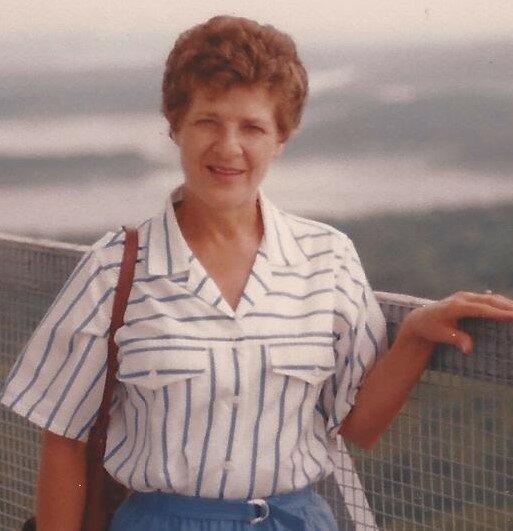 Please share a memory of Dorothy to include in a keepsake book for family and friends.
View Tribute Book
Dorothy Elizabeth (Keeney) Lotz was born December 31, 1935, in Prescott, Mo., to the late Bennett and Gladys (Hayes) Keeney. Dorothy went to be with her Lord and Savior after an extended illness on April 23, 2022, in Licking, Mo. at the age of 86. Dorothy was preceded in death by her parents; brothers, Gary Keeney, Roy Keeney, and Lonnie Keeney; nieces, Jeanne Kinder and Shawna Ryno; and nephew, Darrin Keeney. She is survived by husband, Donald Lotz; her younger siblings, brothers, Charles Keeney and M.B. Keeney, and sister, Kathy Ryno. Dorothy has a host of nieces and nephews she had a hand in raising as her own children; Mike Kinder (Cindy), Bryon Kinder, Curtis Kinder (Teresa), Jimmy Kinder (Jane), Jeff Kinder (Kelly), Anita Reed (Brian), Mark Kinder (Lucretta), and Shanna Kinder. Dorothy was blessed with numerous great nieces and nephews. Dorothy dedicated her life to the Lord at an early age. Dorothy and Don have been avid members of the Licking Assembly of God Church since 1955. Dorothy volunteered her time and efforts to the church on many occasions. As a young girl, Dorothy won many ribbons and awards for competing in horse shows as a barrel racer. She attended Licking High School. While in the grocery store with her mother one day, she saw Don for the first time and exclaimed to her mother that she was going to marry that man someday. A few years later Dorothy was waiting tables in the Lotz’s Cafe when Don returned from war. They met for the first time and married a year later June 26, 1954. Dorothy began working at Rawlings Sporting Goods in 1954 and retired in 1997. During her career at Rawlings, she had many different roles with the company. Dorothy enjoyed many different hobbies. Quilting was one of her favorite hobbies. She was a member of the Mount Vernon Quilting Club for years. Dorothy spent many evenings journal writing and recording facts. She enjoyed reading and doing her Bible studies. Dorothy loved to take pictures at family events where she would make the subjects in the photos pose over and over until she got the perfect shot. Dorothy was known far and wide for her cooking abilities and her rolls that she lovingly made for her family. Dorothy was such an influence on many people's lives. She was a true example of a Christian. She will be greatly missed by all the people who knew and loved her. Memorial contributions and donations can be made in Dorothy’s memory to the Licking Bridge Builders Senior Center.
To plant a beautiful memorial tree in memory of Dorothy Lotz, please visit our Tree Store
Tuesday
26
April

Look inside to read what others have shared
Family and friends are coming together online to create a special keepsake. Every memory left on the online obituary will be automatically included in this book.
View Tribute Book
Share Your Memory of
Dorothy
Upload Your Memory View All Memories
Be the first to upload a memory!
Share A Memory
Plant a Tree