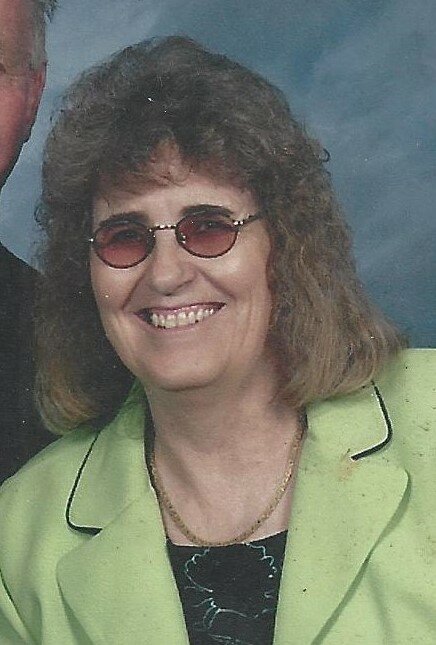 Please share a memory of Connie to include in a keepsake book for family and friends.
View Tribute Book
Connie Sue (Ice) Keeney was born on May 27, 1946, to Andy and Orba (Lewis) Ice in their home in Licking, Missouri. She went to her heavenly home, Wednesday, April 20, 2022, in Springfield, Missouri. On November 27, 1965, she married Charles Keeney. To this union three children were born, Tamatha, Trina, and Darrin. Connie grew up in Licking and graduated from Licking High School in 1964. Connie was a member of and attended the Licking Pentecostal Holiness Church from 1957 until health recently kept her away. She had different ministries through the years from Sunday School Secretary to Nursery Worker. She started her career as a typesetter at the Licking News. Following that she spent many years in the clothing manufacturing industry including Rawlings, Hagale Industries, Kohn Sports, and Tag Uniforms. She started as a screen printer at Rawlings ending her career as a plant manager for Tag Uniforms. Upon retirement, she enjoyed staying at home and taking care of her grandchildren and great- grandchildren. Connie was a true matriarch of her family. Weekly homemade Sunday lunches accompanied by lots of love and laughter. A birthday was never forgotten, and the holidays always cherished. Connie had a love for strong coffee that was passed down to all of Darrin’s children and grandchildren. She was preceded in death by her son, Darrin; her parents, Andy and Orba Ice; three brothers, Troy, Dwayne, and Doyle; four sisters, Lucille, Ruthene, Patsy, and Bonnie Lou. She is survived by her husband, Charles; daughters, Tamatha Taber (David) and Trina Cantrell (Brandon); daughter-in-law Joann Cooper (Daniel) all of Licking; seven grandchildren, Devin Keeney (Lindsay) Rogersville, MO, Emery Buehlmann (Dakota) Success, MO, Sara Taber, Elijah Keeney, Mia Clonts (Michael), Emma Taber, and Paxten Keeney all of Licking MO; four precious great-granddaughters, Paisley and Pierclynn Buehlmann, Madilyn Keeney, and Gracelynn Clonts.
To plant a beautiful memorial tree in memory of Connie Keeney, please visit our Tree Store
Friday
22
April

Look inside to read what others have shared
Family and friends are coming together online to create a special keepsake. Every memory left on the online obituary will be automatically included in this book.
View Tribute Book
Share Your Memory of
Connie
Upload Your Memory View All Memories
Be the first to upload a memory!
Share A Memory
Plant a Tree