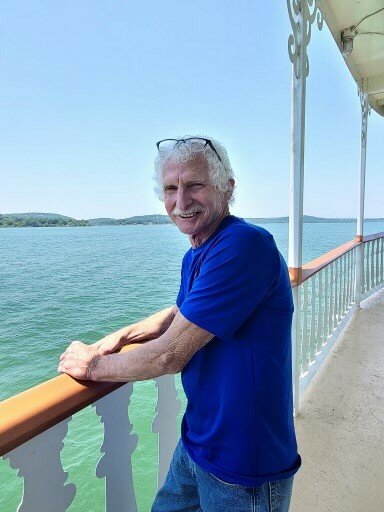 Please share a memory of Lenzy to include in a keepsake book for family and friends.
View Tribute Book
Lenzy Elmer Smith was born on February 4, 1953, in Great Lakes, Illinois, to Lenzy Sr. and Anna (Edgerton) Smith. Lenzy moved from Monck’s Corner, South Carolina to Licking, Missouri, in the Spring of 1972, with his parents and siblings after he graduated from Berkley High School. Lenzy and his family attended church at Rock Springs Baptist Church. It was there that he met his future brother-in-law Roger. Roger introduced Lenzy to his sister Debbie. Debbie became his best friend and his wife. Lenzy was united in marriage to the love of his life, Deborah (Debbie) Kinder, on June 7, 1974, at Rock Springs Baptist Church. They resided in Licking, Missouri. To this blessed union two children were born: Debrina Smith and Cassandra (Cassie) Richardson. On March 25, 2022, the Lord called Lenzy home to be reunited with his wife Debbie. Lenzy was an extremely hard-working man who was always focused on providing for his family. After moving to Licking, Lenzy worked at The Rawlings Factory, Wholesome Bakery in Rolla, Missouri, and Morman’s Feed. Then, he began working as an over the road truck driver hauling cattle for many years. Any chance he got, he would take his girls on his short runs. He later went into business with his brother Charlie and Maple Woodworks was born. Lenzy and Debbie started a dog kennel business raising several different breeds over the years, primarily Akitas. After Debbie passed, Lenzy found enjoyment in continuing their passion for raising and selling Akitas. Lenzy was a devout Christian. He enjoyed serving the Lord. Every Sunday morning he found great pleasure holding the church door open and giving a warm welcome and smile to his church family at Rock Springs Baptist Church. Lenzy looked forward to making memories with his daughters and Andy. Lenzy and Debbie always wanted a son, and they gained a son with Andy. Lenzy enjoyed being outdoors. He was the happiest when he was on the water. He shared many stories about water skiing in South Carolina. He always enjoyed a good day of kayaking down the river. He enjoyed fishing, boating, and hunting. From the first time Lenzy got behind the wheel, he had a need for speed. He had a love for fast cars. He enjoyed driving his Corvette on a nice, sunny Sunday. Lenzy is survived by his two daughters, Debrina Smith of Licking, Missouri; Cassandra (Cassie) Richardson and husband Andy of Washington, Missouri; his sister Patricia (Pat) Ryno and husband Terry; his brother Kenneth (Kenny) Smith and wife Michelle of Licking, Missouri; his brother Charles (Charlie) and his wife Teresa of Licking, Missouri; his brother-in-law Roger Kinder and wife Betty; his sister-in-law Wanda Moncrief and husband Larry of Licking, Missouri; and many nieces, nephews, great nieces, great nephews, cousins, and friends whom he loved dearly. Lenzy was preceded in death by his wife Debbie; his father and mother Lenzy (Ed) and Anna (Edgerton) Smith; his father-in-law and mother-in-law Leroy and Barbara (Mahan) Kinder. Cancer does not care who it takes, who it hurts, or honors or loves. The end is when the most amazing thing happens. Cancer loses its strength, and grace appears. We accept it, and go with it. Grace and love win, not cancer. Lenzy will be deeply missed by all who loved him. We will find great comfort knowing he is finally at peace with his Savior and wife. On behalf of the family, we wish to express our gratitude for your kindness, generosity, thoughts, and prayers. Donations can be made in Lenzy Smith’s honor to: The Humane Society and The Salvation Army.
To plant a beautiful memorial tree in memory of Lenzy Smith, please visit our Tree Store
Monday
28
March

Look inside to read what others have shared
Family and friends are coming together online to create a special keepsake. Every memory left on the online obituary will be automatically included in this book.
View Tribute Book
Share Your Memory of
Lenzy
Upload Your Memory View All Memories
Be the first to upload a memory!
Share A Memory
Plant a Tree