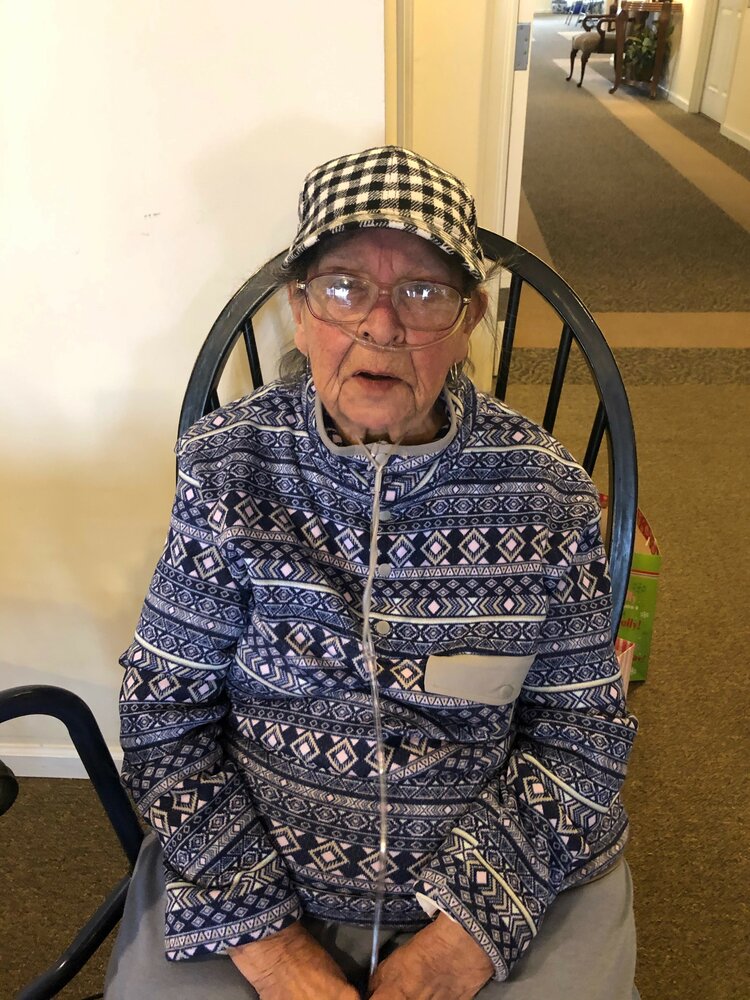 Please share a memory of Mary to include in a keepsake book for family and friends.
View Tribute Book
Mary Emilie Hazlitt, age 99, of Licking, was born January 13, 1923 in Wasco, California to the late William and Irene (DeCastro) Valenzuela and went into eternal rest on January 25, 2022 at Texas County Memorial Hospital, Houston, Missouri. Mary grew up on the Kern County Land Company, being raised by her father and grandmother, as her mother died when she was 3 years old. She attended St. John the Evangelist Catholic School during her primary years. Mary worked hard all her life on the cattle ranch and in the fields of Kern County Land Company cooking for the cowboys and harvesting potatoes among many other vegetables. Her true calling came when the local nuns taught her nursing skills at the Catholic hospital. Mary genuinely enjoyed her work as a nurse at the hospital’s pediatric ward, especially assisting with the newborn babies. Although she had no children of her own, Mary provided love and warmth to many, making her a mother figure to numerous people. On May 18, 1974, Mary was united in marriage to the love of her life, Oscar James “Jimmy” Hazlitt in Clark County, Nevada. Together they traveled around the country, due to James having his own thrill show, “Jimmy Hazlitt and his Hell Drivers.” James and Mary settled near Licking, Missouri to be closer to James’ brother. Mary’s paradise was living in Licking until her death. Mary was blessed with a wonderful sense of humor even until her last days. She enjoyed watching her NASCAR races on the television and attending mass when she was able to. Mary will leave a mark on others’ lives that knew her since she was always a very giving and caring person. Mary was preceded in death by her brother, William “Bill” Valenzuela; her sister, Lucille Valenzuela; and husband, James Hazlitt. She is survived by her nephew, Ray Valenzuela; her niece, Billie Jo Coltch; numerous great-nieces and great-nephews; her dear friends who were like family, Mary Stone and Carol Fox; the staff and residents of Licking Residential; and her church family at St. John Catholic Church.
To send flowers to the family or plant a tree in memory of Mary Hazlitt, please visit Tribute Store
Friday
28
January

Look inside to read what others have shared
Family and friends are coming together online to create a special keepsake. Every memory left on the online obituary will be automatically included in this book.
View Tribute Book
Share Your Memory of
Mary
Upload Your Memory View All Memories
Be the first to upload a memory!
Share A Memory
Send Flowers
Plant a Tree