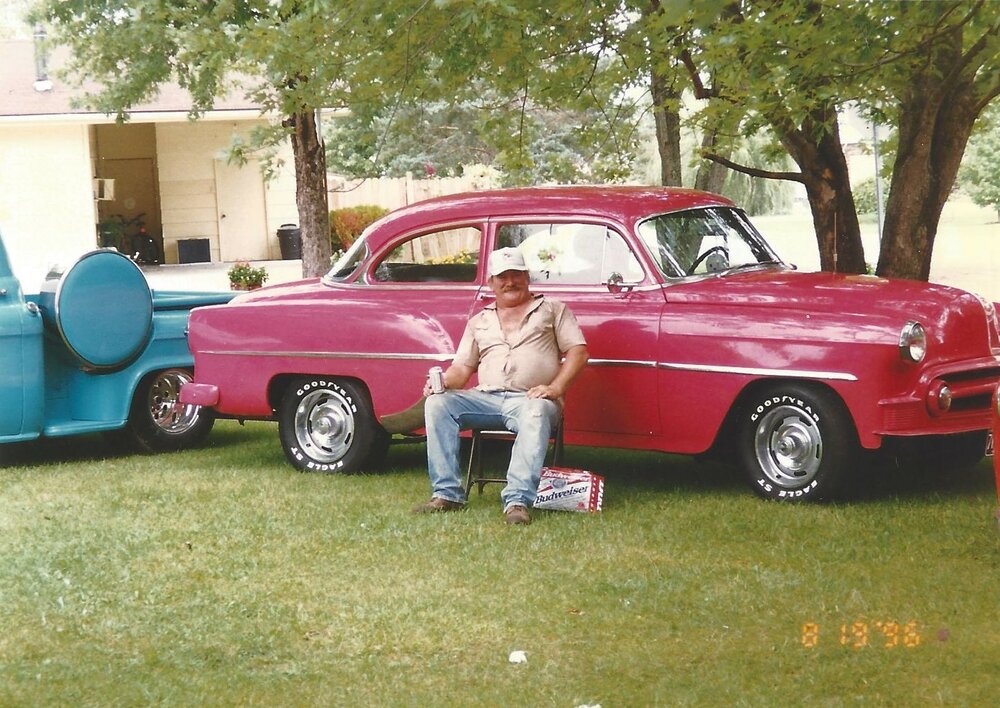 Please share a memory of Bill to include in a keepsake book for family and friends.
View Tribute Book
William Joseph Floyd, “Bill” or “Billy Joe” was born December 26, 1948, at Montauk, Mo., to Udolph & Maxine (Landwehr) Floyd. He passed away January 7, 2022, at 73 years of age. In 1957 or ’58, he was baptized at the First Southern Baptist Church in California. As a young boy, Bill moved around to many states. In Alabama, he picked cotton alongside his brother, Bob. He went to Redondo High School in Redondo Beach, Calif. In his youth, he was a Duncan yo-yo champion. He loved art, which he was very good at. He put models together, and made his own skateboards and road bikes. Bill, Bob and Kay were very close, and this stayed that way throughout adulthood. Bill and Bob taught Kay how to box. He made lots of fond memories with the Dalton family in California, who he stayed in contact with all these years. Bill became a pastry chef and worked his way up to Maître d’ at the Velvet Turtle Restaurant in Redondo Beach. He liked riding his motorcycle on Hollywood Blvd, and a California Highway Patrolman gave him his first helmet, one that all the motorcycle officers wore. When Bill came back to Missouri, he worked and lived with Uncle Del and Aunt Dorothy, where he worked with Uncle Del logging and farming. Bill married Sandra Sue Bailie on January 20, 1968, at the Licking United Methodist Church. To this union three children were born, William Shane Floyd of Chillicothe, Haley Jane (Bill) Joyner of Licking, and Corey Joseph (Tina) Floyd of Licking. Bill and Bob Green coached Little League baseball for quite a few years; at that time the team was the only team undefeated two years in a row. “That’s a fact, Jack.” He was a member for years of the Fraternal Order of Eagles. Bill loved his old junkers and would sit around for hours talking about them. If he thought it was a cool car, he would say now that’s one cool car. Bill was one of the founders of the Wheels & Deals Car Show. He loved old rock and roll music and throwing a good party with Sandy. He loved handing out candy on Halloween. Bill worked many jobs, from building houses with Lonnie Sullins to pouring concrete. Bill loved going to the Floyd Family Reunions to see all his family and have a good time with them. He loved Aunt Wanda’s chicken & dumplings. “Long story short.” Bill was very proud of the Licking United Community Help Center that he built with the help of many volunteers. He wanted and would help people that needed help; this was throughout his life. Preceding him in death was his wife; parents; grandson Leon Donelson (his buddy); brother Bob; sister-in-law Diane; nieces Lisa and Erin; and nephew Danny Floyd; brothers Chuck Floyd and Terry Risher; grandparents Charlie and Lura Floyd, and John Landwehr and Lois Prater. Bill is survived by his children; grandchildren William Michael Floyd of Alabama, Bailie Jane Joyner (Nate Case), Skyleer Floyd, Krysta Joyner, Eli Floyd and Katie Joyner all of Licking; five great-grandchildren; sisters Kay Cockcroft of Licking, Valerie Williams of Texas and Roni Darnell of Oklahoma; his Uncle Bill and Aunt Lavern Landwehr of Washington, Mo.; Aunt Wanda Floyd of Houston, Mo., and Aunt Vicki LaMastus of Aurora; Uncle Leonard Landwehr of Oregon; nieces Lori (Grant) Heithold and family of Licking, and Cynthia Floyd of Rolla; nephew Stan and Tammy Taylor and family of Edgar Springs; and a host of cousins. Services will be held at Fox Funeral Home on Friday, January 14. Visitation will begin at 10 a.m. and continue until the Service at noon. Interment will be at Boone Creek Cemetery. Eric Jones will officiate. Pallbearers will be Shane Floyd, Michael Floyd, Skyleer Floyd, Eli Floyd, Brad Landwehr, Stan Taylor, Blake Heithold, Gary Boothe, Randy Vestal, and “Designated Driver” Corey Floyd. Honorary pallbearers include Bill Joyner, Bill and BJ Landwehr, Leonard Floyd, Roy Gene Floyd, Jimmy Floyd, Tom Todaro, Danny Sullins, Roy Cook, Matt “Two Feathers,” Ronnie Moncrief, Carrie Kinder, Mike “George” Cooper, Harry Buckner, Ralph Seydlitz, Garr Buckner, Lanny Cline, “Pops” Cline, Chris Reeder, Vaughn Hutsell, and Ruthie and Joe Dillard. Memorial contributions in Bill's name may be made to St. Jude Children's Research Hospital. Envelopes are available at Fox Funeral Home or visit www.stjude.org/donate.
To plant a beautiful memorial tree in memory of Bill Floyd, please visit our Tree Store
Friday
14
January

Look inside to read what others have shared
Family and friends are coming together online to create a special keepsake. Every memory left on the online obituary will be automatically included in this book.
View Tribute Book
Share Your Memory of
Bill
Upload Your Memory View All Memories
Be the first to upload a memory!
Share A Memory
Plant a Tree