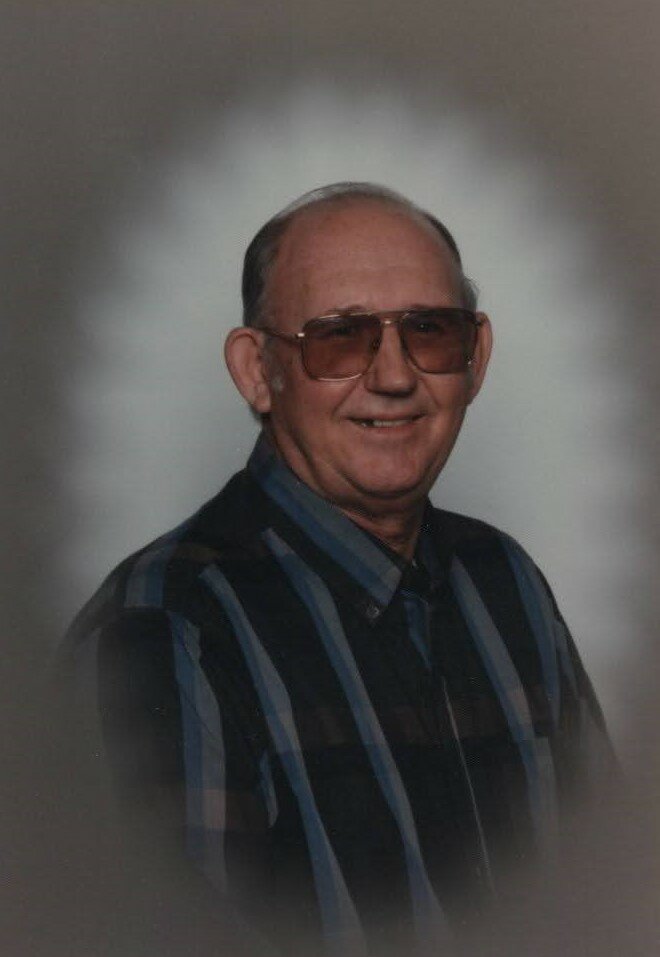 Please share a memory of Lloyd to include in a keepsake book for family and friends.
View Tribute Book
Lloyd Dean Cotton, age 92, of Licking, Missouri, passed away at home October 29, 2021, following a brief battle with cancer. Mr. Cotton was born in Licking, Missouri on April 19, 1929, and grew up in the area, the eldest of four of children. Lloyd attended Licking schools and worked on farms and in the Fort Leonard Wood PX. He graduated from Licking High School in 1950 and entered the Army in 1951, joining the 77th Infantry Rifle Company in Fort Riley, Kansas. He served bravely in the Korean War from 1951 to 1953, achieving the rank of Corporal with a light weapons specialty and earning the Korean Service Medal, the United Nations Service Medal, and the Combat Infantryman Badge for active ground combat. He fought on the front lines in the ‘Punchbowl’ and was wounded at Heartbreak Ridge. Upon his honorable discharge in 1953, he returned to Texas County and worked at International Shoe Company in Houston, Missouri. From 1957 to 1968, he was employed in the defense industry at Curtis, Emerson Electric and McDonnell-Douglas in St. Louis, and in security at the Titan Missile Silo Complex in Deer Trail, Colorado, where Cold War ICBM missiles were housed. In 1969, he began working for Rawlings Sporting Goods in Licking as a cutter, and later as a floor runner. He also served as a union shop steward for 10 years. He retired from Rawlings in 1991. Lloyd Cotton loved to fish. Many enjoyable days were spent on Texas County ponds, the Big Piney River, the Current River and Norfolk Lake exercising his trusty Zebco 33. He could land a bass plug within six inches of where he said he would, and he knew every shoal, eddy, and root wad along the way. He always had plenty of fish, and fish stories, to share. He loved to go fishing and gigging with his family and his friends. Lloyd Cotton loved to drive. He wore cars out. He always kept an atlas on hand and was famous for “driving straight through”, whether it be to Rolla, Denver, or Seattle. He loved airplanes too, having helped to build them for years, and was fascinated by the miracle of flight. Many hours were spent in the spotter’s lot at Lambert Field watching planes take off and land with the folding binoculars he kept in his glove compartment. He likewise could often be seen visiting with buddies at Houston airport. Lloyd Cotton loved to talk. He could talk to anyone. He had an encyclopedic memory of local history. He knew everybody and could always tell who your grandparents were. In his later years, he would make his regular rounds through Licking, stopping to chat at the barbershop, read the Licking News at the news office and share his stories. He enjoyed team sports of all types and could often be seen attending local basketball and baseball games, long after his own children and grandchildren had graduated. He almost never missed a game, or a competition, or a performance. He had a remarkably accurate set shot well into his 60’s that was frequently demonstrated (“there it is…”) on the dirt basketball court in the Cotton back yard on Old Salem Road. He also played slow pitch softball on town teams and was a fan of diving from the old rope at Boiling Springs on the Big Piney. He was married for 47 years to Anna Marie (Earp) Cotton, and lovingly raised her children as his own. He was proud of all his kids and grandkids and never hesitated to say it. Lloyd Dean Cotton was preceded in death by his parents, George Cotton & Jennie (Rodgers) Cotton; two younger siblings, Donald Cotton and Beverly Krewson (Don); brother-in-law, Earl Cummins; and stepdaughter, Lisa (Fields) Baker. He is survived by his devoted wife, Anna Marie (Earp) Cotton, of the home; his sister, Norma Cummins of Raymondville; his children, Dr. James (Maria) Cotton of Issaquah, Washington; Lisa (Sylvan) Yoder of Holts Summit, Missouri; Robert (Anna) Houke of Seymour, Missouri; and Rick Fields of Licking, Missouri; six grandchildren, Alan (Nikki) Wrinkles of Jefferson City, Missouri, Leslie Wrinkles of Holts Summit, Missouri, Christopher Cotton of Renton, Washington, Natalie Cotton of Redmond, Washington, Brittany Mahan of St. Louis, Missouri, Tyler (Angela) Givens of the home, Zachary Houke of Springfield, Missouri, and Jessica (Stephen) Sanders of Springfield, Missouri; five great-grandchildren, and two nieces, Joni Sillyman of Houston, Missouri and Debbie (Terry) Dzurick of Raymondville, Missouri. He is also survived by sisters-in-law Faye (Dean) Barnes; and Joyce Inscore, both of Roby, Missouri; Betty Koch of Bucyrus, Missouri; Sharron (Dave) Shetterly of Anderson, Indiana; and brothers-in-law Harold Earp and Gene (Mary) Earp, both of Roby, Missouri. In lieu of flowers, please consider a donation to Phelps Health Hospice at https://phelpshealth.org/foundation/donate
To plant a beautiful memorial tree in memory of Lloyd Cotton, please visit our Tree Store
Tuesday
2
November

Look inside to read what others have shared
Family and friends are coming together online to create a special keepsake. Every memory left on the online obituary will be automatically included in this book.
View Tribute Book
Share Your Memory of
Lloyd
Upload Your Memory View All Memories
Be the first to upload a memory!
Share A Memory
Plant a Tree