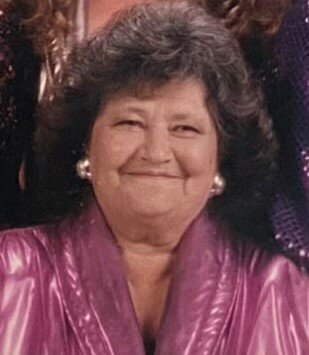 Please share a memory of Geneva to include in a keepsake book for family and friends.
View Tribute Book
Geneva L. Bradshaw, age 92, passed away on Friday, October 15th 2021 in Houston, Missouri. The 2nd oldest of nine children, Geneva was born August 11, 1929 to Earl and Martha McCall. She was delivered by her Grandma Miller in a place called Brandy Weed near the Current River. She married Lee Bradshaw on November 10, 1951 in Corning, Arkansas. To this union, they were blessed with seven children, Darrell, Gary, Dorothy, Wayne, Rocky, Dianne, and Larry. They lived in Shannon County until 1960 before moving to Lenox, Missouri. In 1964, the family moved to Licking where they continued to raise their children and resided there until Geneva moved into the Houston House in 2016 where she made many friends with the residents and workers. Geneva was a firm believer in staying home and raising her children before going back into the workforce when her youngest, Larry, went to school in 1971. She was baptized on September 26, 2010 at Roby Baptist Church in Roby, Missouri. Geneva worked in the log woods with dad, stacked staves at Edgar Springs, worked at the T&C Laundry Mat, and retired at George White nursery. She and dad worked in the woods together until he passed away in 1999. Her kids, grandkids, and daughter-in-law, Lorna, continued to work with her until her health failed. She was preceded in death by husband, Lee Bradshaw; son, Gary Bradshaw; daughter, Dorothy DeWitt; brother, Cecil McCall; and sisters, Lorene Reddy, Velma Storie, Susie Martin, and Marilyn Beasley. Survivors include her children, Darrell McCall and wife Carolyn of Beulah, MO; Wayne Bradshaw and wife Lorna of Salem, MO; Roxanne Hildebrand and husband Harold of Plato, MO; Dianne McCloud and husband Dave of Mt. Home, AR; Larry Bradshaw and wife Malena of Rolla, MO; 15 grandchildren, and 27 great-grandchildren; sisters, Belle Parks, Stella Parks, Vivian Goforth; brother, Merle McCall; and many nieces and nephews. Wayne said he was the favorite son and Larry said he was. Mom loved all her kids the same and unconditionally. Everyone complimented Geneva on her kids and she was proud of each and every one of them. Geneva was a hard worker. She would work from sunup to sundown. Work in the woods then work in her garden till dark. She inflicted that pain upon her kids and grandkids. They would grumble because she rolled them out of bed before daylight. But she would say each one of them turned out to be good kids. Mom loved the big family dinners. Christmas was probably her favorite. She enjoyed watching kids and grandkids open their Christmas gifts. She also enjoyed making homemade biscuits and chicken and dumplings. You could always count on a big pot of brown beans and biscuits on the stove when you went to her house. No one ever left there hungry. She was one of a kind. There will never be another like her. She is loved and will be missed by everyone. She loved going out to eat with her kids, shopping with her girls and going on road trips.
To plant a beautiful memorial tree in memory of Geneva Bradshaw, please visit our Tree Store
Wednesday
20
October

Look inside to read what others have shared
Family and friends are coming together online to create a special keepsake. Every memory left on the online obituary will be automatically included in this book.
View Tribute Book
Share Your Memory of
Geneva
Upload Your Memory View All Memories
Be the first to upload a memory!
Share A Memory
Plant a Tree