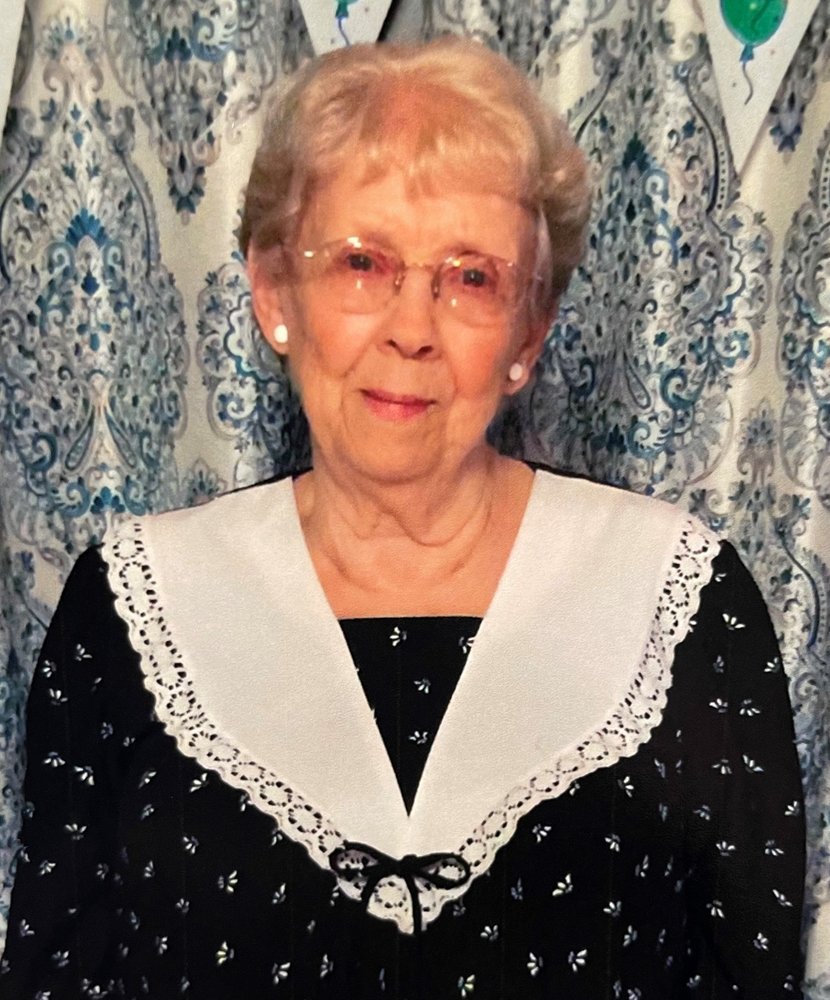 Please share a memory of Georgell to include in a keepsake book for family and friends.
View Tribute Book
Georgell (Deweese) Jackson, daughter of George and Mattie Deweese, was born in northern Missouri in the small community of Keytesville, on August 24, 1932, and departed this life on April 10, 2021. Georgell had an older sister, Melvalee Watson, and a younger sister, Donna Wilhelmson. When Georgell was a young girl, her family moved to Licking, MO, where she later graduated from Licking High School. Georgell accepted the Lord as her Savior as a young child, was baptized in Sherrill Creek (near Licking) by Rev. A.B. Garrison. Georgell has been a lifelong member of the Licking United Methodist Church since 1942. On June 30, 1953, Georgell married the love of her life, Jack Jackson. They have been married 67 years. To this union two children were born, Steve and Sandra. After her children entered school, Georgell had a 20-year career as a cosmetologist. Georgell was a devoted wife, mother, and grandmother. She loved doing things with her family. There were parties every month and if there was no particular reason to celebrate, she would make up a reason to get everyone together. She always took lots of pictures and kept written journals of all the celebrations. If you ever needed anything, Georgell was always there to help you. Georgell was a devoted Christian and faithful servant! She loved the Lord! Georgell was preceded in death by her parents, George and Mattie Deweese; her younger sister, Donna Wilhelmson; and brother-in-law, Clarence Watson. She is survived by her husband, Jack Jackson of Licking; son, Steve and his wife, Sue of Rolla; daughter, Sandra Aiken and her husband, Mike of Licking; three granddaughters, Sarah Hamilton and husband, Nathan of Lees Summit, Amy Jackson and fiancé, John Armstrong of Rolla, and Tiffany Brunkhorst and husband, Kyle of Licking; three great-grandsons, Thomas, Theodore, and Toby Hamilton of Lees Summit; sister, Melvalee Watson of Licking; brother-in-law, Jack Wilhelmson of Mt. Pleasant, South Carolina; along with many nieces, nephews, friends, and family. A visitation for Georgell will be held on Wednesday, April 14, 2021 at 10:00 AM at the Licking United Methodist Church, followed by a funeral service at 11:00 AM with Rev. Bob McQueen officiating. Pallbearers are Tiffany Brunkhorst, Kyle Brunkhorst, Amy Jackson, Sarah Hamilton, Bill Jackson, and Faun Jackson Jr. Interment will follow at the Licking Cemetery. Memorial contributions in Georgell’s name may be made to Three Rivers Hospice, c/o Fox Funeral Home, PO Box 185, Licking, MO 65542. Arrangements entrusted to Fox Funeral Home. Online condolences may be left at www.foxfh.net.
To send flowers to the family or plant a tree in memory of Georgell Jackson, please visit Tribute Store
Wednesday
14
April

Look inside to read what others have shared
Family and friends are coming together online to create a special keepsake. Every memory left on the online obituary will be automatically included in this book.
View Tribute Book
Share Your Memory of
Georgell
Upload Your Memory View All Memories
Be the first to upload a memory!
Share A Memory
Send Flowers
Plant a Tree