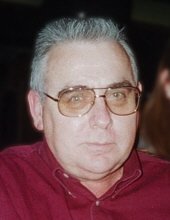 Please share a memory of Donald to include in a keepsake book for family and friends.
View Tribute Book
Donald Myron Ewalt, 75, of Licking, Missouri, formerly of Iowa City, Iowa, died peacefully Friday, February 12, 2021. Don was born September 22, 1945 in Iowa City, the son of Myron and Helen (Langenberg) Ewalt. He was a 1963 graduate of Iowa City High School and received his bachelor’s degree in sociology from the University of Iowa. Don received his master’s degree in human resources from Biscayne College and served in the US Army during the Vietnam War (1966-68) as a military policeman. Don was a policeman in Iowa City for six years, Miami-Dade Police for seven years and was Chief of Police in Coralville from 1981 to 1988. Don had also been employed and retired from Mercy Hospital Safety and Security. Don loved all things sports. He played semi-pro baseball in Cedar Rapids, was a lifelong St. Louis Cardinals and avid Iowa Hawkeye fan. He enjoyed telling stories of his time in law enforcement, playing euchre, reading crime novels, reading, and watching westerns and spoiling his fur baby Addie. More than anything he loved his family and was an adoring father and grandfather. After retirement he moved to Missouri to be closer to his grandchildren to be able to watch them in their extracurricular activities and was their number one fan! Don is survived by his two daughters, Jeanette Butherus of Licking, MO. and Melanie (Moe) Abu-Nameh of Cedar Rapids; three grandchildren, Jacob (Pegan) Butherus, Zachary (Hanna) Butherus, and Chelsea Butherus; step-grandchildren, Madeline Abu-Nameh and Sarah Abu-Nameh; great grandchildren Chyanne, Jaxson, Audree and Ellsee; two sisters, Shirley Schulte of Iowa City and Ellen (David) Becker of Monravia; and extended family. Don was preceded in death by his parents, his brothers, Joseph and Tom and sisters, Jane Ewalt, Carol Frese, and Susan Ewalt. A Memorial Service will be held on Saturday, April 10, 2021 at 2:00 PM at the Grand Black, 11084 MO-137, Licking, MO 65542. In lieu of flowers, memorials may be directed to Friends of the Animal Center Foundation www.facf.org or to the American Heart Association “Heart Ball”, 1035 N. Center Point Rd, Suite B, Hiawatha, Iowa 52233
To send flowers to the family or plant a tree in memory of Donald Ewalt, please visit Tribute Store
Thursday
18
February

Look inside to read what others have shared
Family and friends are coming together online to create a special keepsake. Every memory left on the online obituary will be automatically included in this book.
View Tribute Book
Share Your Memory of
Donald
Upload Your Memory View All Memories
Be the first to upload a memory!
Share A Memory
Send Flowers
Plant a Tree