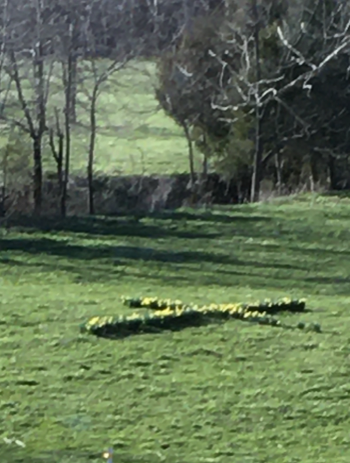 Please share a memory of Franklin to include in a keepsake book for family and friends.
View Tribute Book
Frank was met in Heaven by the heavenly hosts and his mother, Wilma; father, William; and brother, Lyle. He was born in the Camp Pendleton hospital in the same room and same bed as his sister and brother. He died January 30, 2021 in the loving care of Crystal and Mike Case. Frank never married. Frank had a sly sense of humor, played the trumpet, loved baseball and was artistic. Rest in Peace, brother. A visitation for Frank was held Tuesday, February 2, 2021 from 11:00 AM to 11:45 AM at Fox Funeral Home. A funeral service followed at 11:45 AM. Interment was at O’Malley Cemetery. Pallbearers included Little Bill Kivett, Trey Mace, Chris Mace, Michael Mace, Cody Mace, Hayden Mace, Evan Mace, and Mike Case. Honorary pallbearers are Wayne Jaszarowski, Mark Mace, Brad Mace, Bonard Mace, Rocky Gilly, Jerry Lynch, and Bo Lynch. Online condolences may be left at www.foxfh.net. Arrangements entrusted to Fox Funeral Home, Licking, Missouri.
To plant a beautiful memorial tree in memory of Franklin Kivett, please visit our Tree Store
Tuesday
2
February

Look inside to read what others have shared
Family and friends are coming together online to create a special keepsake. Every memory left on the online obituary will be automatically included in this book.
View Tribute Book
Share Your Memory of
Franklin
Upload Your Memory View All Memories
Be the first to upload a memory!
Share A Memory
Plant a Tree