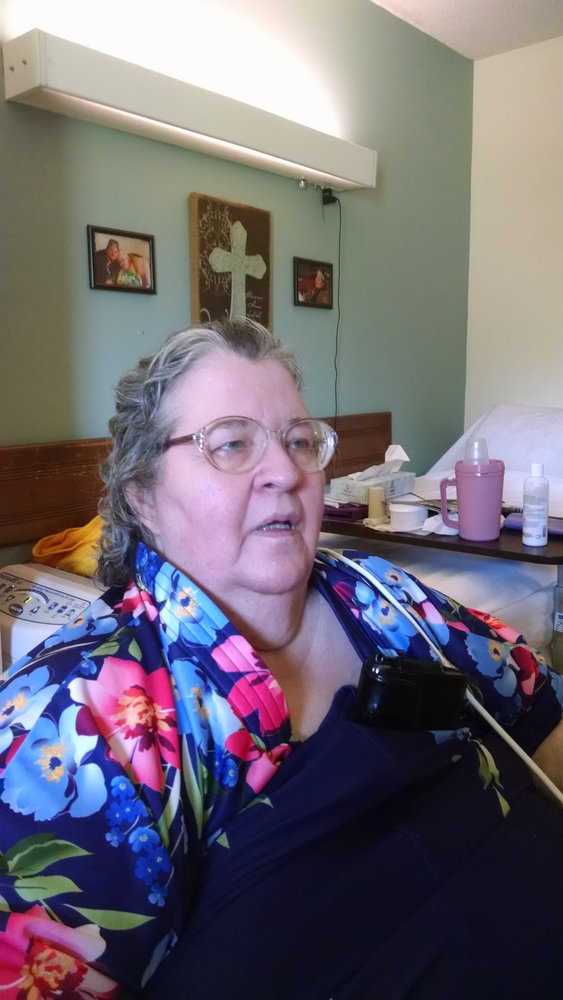 Please share a memory of Elvinia to include in a keepsake book for family and friends.
View Tribute Book
Elvinia Marie York passed from this life January 27th, 2021 at Salem MO. She was born to Roy and Agnes Warthen December 13th, 1946 in Nevada MO and joined in wedlock to Lloyd York June 5th, 1965 in Licking MO. She is survived by her son Cliff (Diana) York of Houston; her brother Norman (Vicky) Warthen of Licking; granddaughters Jenny (John) Sawyer and Jamie (Daniel) Foster, and great grandchildren Malachi (Chelsea) Sawyer, Aiden Sawyer, Hannah Sawyer, Jack Sawyer, Daniel Foster Jr, Summer Reed, Jerzie Foster, Skylar Reed, Braxton Foster, and Ryker Foster all of Houston. She was preceded in death by her parents; her husband Lloyd; her son Steven; daughter in law Sharon, grandchildren Christopher, Mathew, Kayla and brothers Leonard Lemmons, Bernard Warthen; and sister Violet Fleener. She will be greatly missed by her family, friends, and her Salem Care Center family. Per her wishes she will be cremated with a memorial service at a later date. Arrangements entrusted to Fox Funeral Home, Licking, Missouri.
To plant a beautiful memorial tree in memory of Elvinia York, please visit our Tree Store

Look inside to read what others have shared
Family and friends are coming together online to create a special keepsake. Every memory left on the online obituary will be automatically included in this book.
View Tribute Book
Share Your Memory of
Elvinia
Upload Your Memory View All Memories
Be the first to upload a memory!
Share A Memory
Plant a Tree