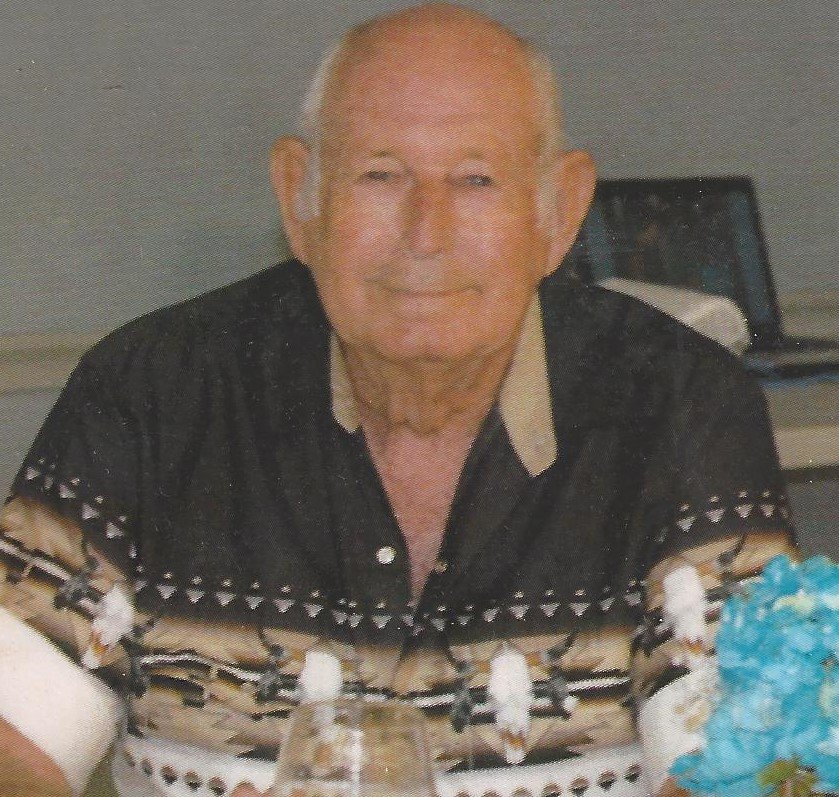 Please share a memory of Otis to include in a keepsake book for family and friends.
View Tribute Book
Otis Walter Tripp was born on December 26, 1932 in Pyatt, Arkansas to Otto Tripp and Zelma Smothers. He went home on December 21, 2020 at the age of 87 years, eleven months, and 25 days in Licking, Missouri. On May 29, 1952 in Mountain Home, Arkansas he married his true love and the sweetest lady ever, Bobbie Jean Brinkley and to this union they were blessed with three children, Otis Warren, Betty Jean, and Kenneth Wayne. Otis and Bob, as he called her, were the true American love story, they had never been apart in 68 years, until this pandemic hit, then Otis went four weeks without seeing her. Then he got sick and had a chance to go into the nursing home, so he did, not that he really needed to but because he wanted to be with his Bob, his true love. So, for the last seven months they have continued to be by each other’s side, until his body could not take another day of dialysis. With his beloved Bob of 68 years sitting beside him, holding his hand, she said “he had fought it a long time; so his body was done.” Otis was a very hard worker from a very young age, he worked many jobs always making friends along the way. From working for Wilfred Crow’s wrecker driver, to the City of Licking, on to Koss Road Construction, where he retired from. But he still could do nothing he went back to work for the City of Licking on a two-year program. When that ended, his boss, Arthur Johnson, got him a job with the Charcoal Plant (Patio Chef) where he met Jim Oligschlaiger who would become a really good friend to Otis. He then retired from there just as they were closing. He then helped build the Kodiak homes in Licking, Mountain Grove, and Lebanon. Once that was done, he found a job with his sister, Lee Breeden, and friend, Jim, and Montauk State Park. That was truly a job he loved. He loved to talk to people, give directions, and find out about where they were from. He looked forward to their return year after year. He gave that up when his beloved Bob needed more attention, and he felt it was better for him to stay with her. Otis was a very happy man, always had a smile on his face, always willing to help, and loved to hug (and he gave the best hugs) or a hardy handshake. Otis was a kid at heart, and that is what all the kids loved about him; he was just as ornery at they were. That is why so many kids from church, or his own kids and grandchildren’s friends called him pops or paw and he loved it. He loved to goof off, you never knew what he was going to do out in public. Sometimes you were better off if you didn’t know, especially if the grandson or grandson in laws were with him; it was always a trip to remember. He always liked taking road trips, but was always the passenger giving directions, discussing the roads he built, where the best houses in Pyatt were, or the best places to be at on Cripple Creek in Arkansas. He was one of a kind and was truly a blessing to all who knew him. He will be missed dearly. Otis is preceded in death by his parents, Otto Tripp and Zelma Poe; son, Warren; daughter, Betty Trout; sister and brother-in-law, Jan and Bill Edgar; brother-in-law, Charlie Breeden; half sister and brother-in-law, Maybelle and Paul Breeden; half brother-in-law, Richard Kuhen; father and mother-in-law, Warren and Mary Brinkley; half brother-in-law and sister-in-law, Teddy and Marie Edwards; and half brother-in-law, Howard Brinkley. Otis is survived by his beloved Bobbie Jean; son, Kenneth (Barb) of Licking; son-in-law, Jerry Trout of Beulah; grandchildren Misty (Brent) Ullom, Donald (Jennifer) Trout, Joshua (Sarah) Tripp all of Licking, and Jaime (Justin) Headrick of Salem; great grandchildren, Ethan (Shay) Ullom, Justus Barred, Quinton Trout, Elijah Ullom, Ellie Ullom, Brinkley Tripp, Jasper Rodgers, Jessalyn Tripp, Levi Trout, and Axel Tripp; sister, Lee Breeden; half sister, Evelyn Kuhen; brother-in law and sister-in-law, Ross and Glenda Brinkley; and host of nieces, nephews, and friends.
To plant a beautiful memorial tree in memory of Otis Tripp, please visit our Tree Store
Wednesday
23
December

Look inside to read what others have shared
Family and friends are coming together online to create a special keepsake. Every memory left on the online obituary will be automatically included in this book.
View Tribute Book
Share Your Memory of
Otis
Upload Your Memory View All Memories
Be the first to upload a memory!
Share A Memory
Plant a Tree