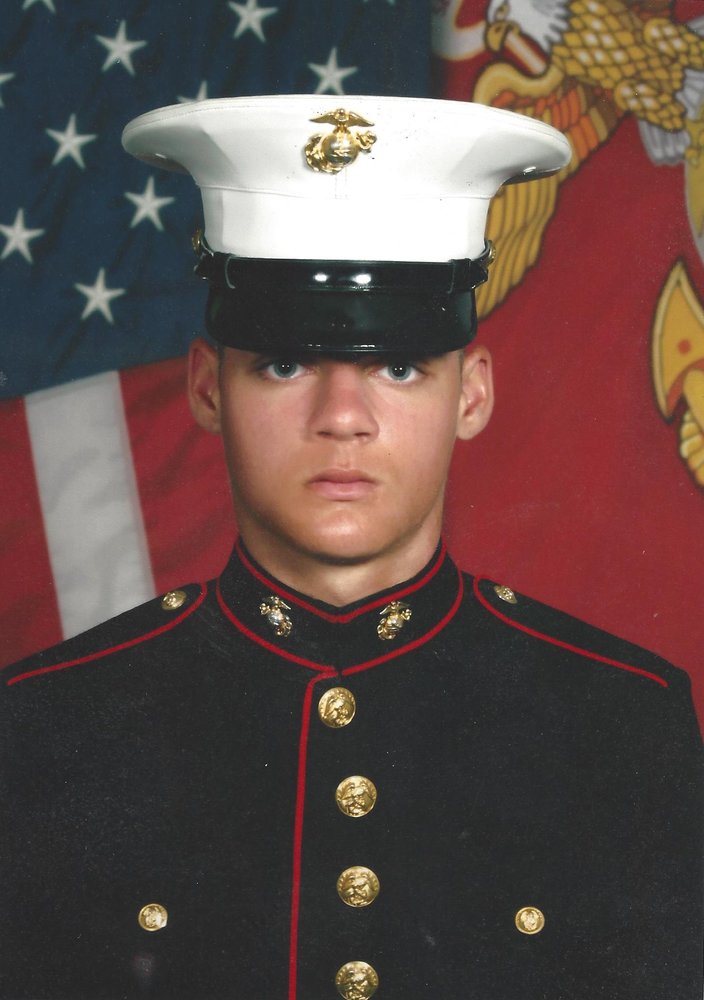 Leon went to Green Forest School until he graduated from 8th grade.  During this time, he developed a love for basketball began as he played for the Green Forest Mustangs.  After 8th grade graduation, Leon went to Licking High School.  He played basketball for the Licking Wildcat basketball team and became a track star.  Leon held the pole vault record until the 2019 track season.  He loved hanging out with his buddies and was well liked by his classmates.  Leon graduated with the Class of 2015.

Leon joined the Marines in the fall of 2015.  He went to Basic Training at the Marine Corps Recruit Depot in San Diego, CA.  After Basic Training he attended school in Virginia. Leon was then stationed at Camp Lejeune where he also served an overseas tour, spending a year in Norway.

Leon is preceded in death by his grandfather, Leon Nathan Donelson and grandmother, Sandy Floyd.  He loved her homemade apple pies and she would make one for his birthday every year.

His cousin Bailie wrote, “I read something one time that said ‘your cousins are your first best friends,’ and I feel that’s pretty accurate with us girls and boys.  We’ve all been pretty close growing up.  I know you’re with nana now having a blast.  Love and miss you a ton.”

Memorial contributions in Leon's name may be left at Fox Funeral Home.

To send flowers to the family or plant a tree in memory of Leon Donelson III, please visit Tribute Store
Wednesday
21
August