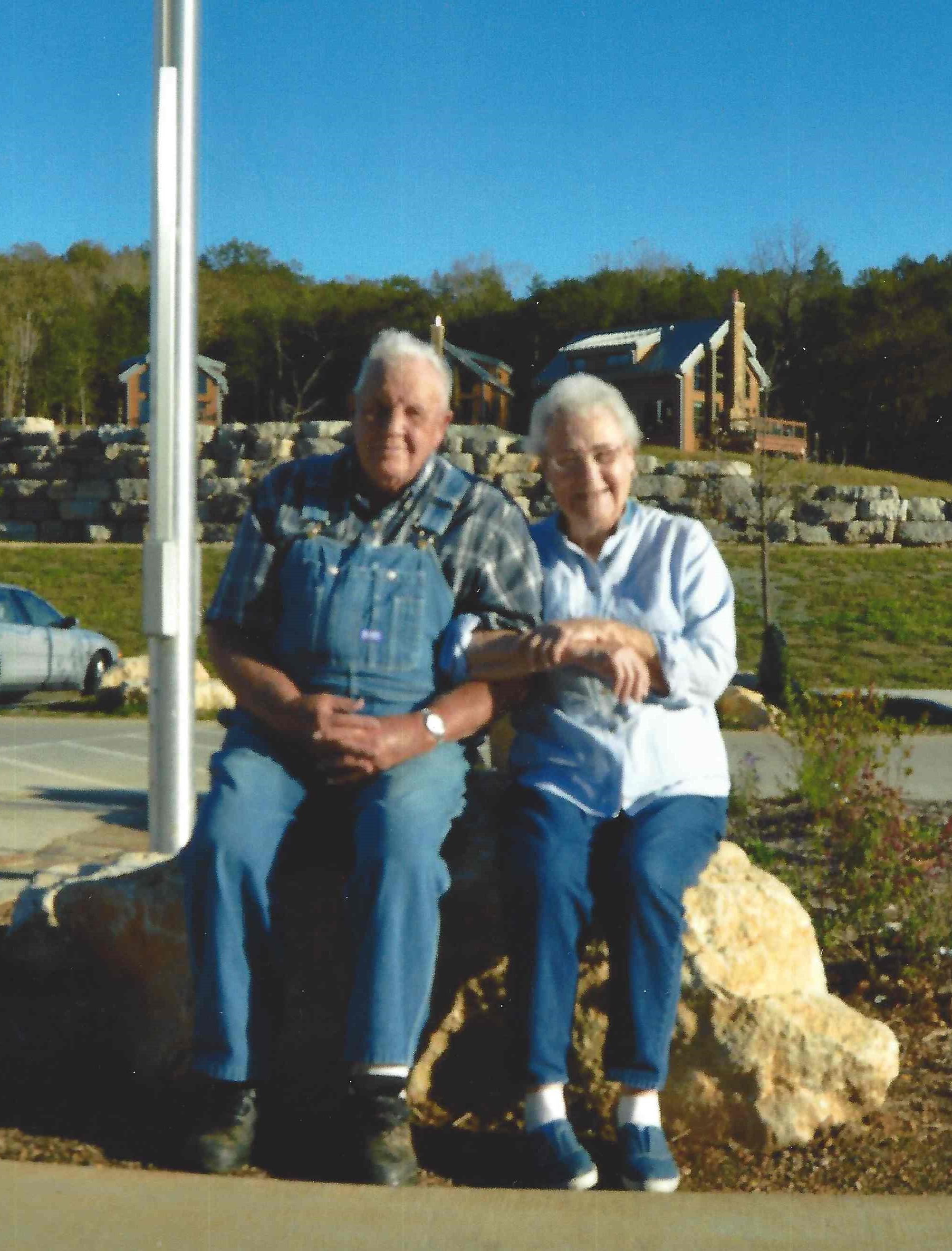 He was preceded in death by his parents; a sister, Nadine; and his wife, Pauline.

He retired from the Fort Leonard Wood Fire Department and served in the Army.  He spent his life farming and enjoyed being outdoors.

He could always be seen driving a Ford pickup and loved to turkey hunt.

He, Irene, and his sister, Mabel, took many trips and enjoyed touring the United States.

His favorite past-times included attending gospel music singings, Cardinal baseball, gardening, raising beef cattle, baling hay, fishing, and hunting.  He always had a story to tell about the one that got away.

He was saved at an early age and was baptized by his step-son, Terry, later in life.  The last 34 years of his life he attended his country church, Palace Union Church, where he happily served any way he could.

Visitation will be at 1:00 p.m. on Saturday, July 6, at Palace Union Church, followed by services at 2:00 p.m. under the direction of Fox Funeral Home.  Burial will be at the Palace Cemetery.

In lieu of flowers, contributions may be made to Palace Cemetery.  Mail contributions in care of Fox Funeral Home, PO Box 185, Licking, MO  65542.