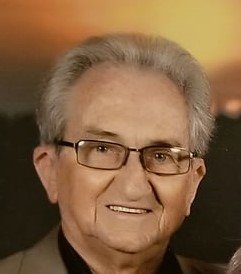 Donald (Don) Wayne Hadley was born January 6, 1938 at Hazleton Missouri, to Ira Lawrence and Dortha Viola (Lawson) Hadley.  He passed away at the age of 81 years old on May 2, 2019 in Springfield Missouri.

Don was married to Sue Leadford in Licking Missouri on March 8, 1958, with both enjoying a loving sixty-one years of marriage.  That marriage produced three sons, Gregory Mark (Phyllis), Bradley Michael (Diane), and Jeffrey Daun (Vickie). These sons gave them four grandsons, Jason, CW (Jessica), Jesse, and Seth, and one granddaughter, Rhiannon (Juan Juarez).  The grandchildren have given them eight great-grandchildren.  Don and Sue’s extended family consists of many nieces and nephews, great nieces and nephews, great-great nieces and nephews, and many other people of all ages truly considered family.  Don and Sue’s church family spans multiple states as they were faithful to the church in their travels for work.

Don provided for his family through the trade of carpentry, which he was involved in until the age of 79 years old.  For most of his career Don was a Construction Superintendent, and he has left his mark by a multitude of projects completed in several states.  For the last twenty plus years of his career Sue traveled and worked with Don, and both their extended and church families continued to grow.

In 2010 Don, with his good and faithful wife, battled a serious health issue and they came through it together, like they lived their whole lives.  Most recently more serious health issues arose, and that fight is now over.  Don’s good and faithful wife, our Momma, Granny, Aunt Sue, was with him helping to the end, like they lived their whole lives.

Don was preceded in death by his parents and was the last surviving sibling to brother Ira Lawrence, Jr., and sisters Lois Maxine, Ruby Delores, Doris Lafern, and Georgia Jean.

Memorial contribution in memory of Don's name can be made to New Life Free Will Baptist Church or Licking Cemetery.

To send flowers to the family or plant a tree in memory of Don Hadley, please visit Tribute Store
Saturday
4
May