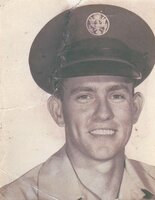 Jimmie Dale Lawler, age 79, passed away on October 21, 2021, in Houston, MO surrounded by family. He was born September 23, 1942, in Lebanon, MO to Lowman and Ollie Lawler. Jimmie grew up in the Evening Shade and Plato area and graduated from Plato High School in 1960. He joined the USAF IN 1964 where he worked as an aircraft mechanic for twenty years. He retired as Master Sergeant in 1984. During his Air Force career, Jimmie was stationed in Germany, Philippines, and Vietnam. He was a Vietnam Veteran and received many awards and medals. After retiring, he went to work for a civilian company as an aircraft mechanic at Tyndall AFB. He enjoyed spending time with his family. Fishing was Jimmie’s passion, and he spent many hours out on his boat trying to catch a lunker bass. In his younger years, he enjoyed fast cars. Jimmie is preceded in death by his parents, Lowman and Ollie Lawler; and one son, Tony Russell. He is survived by son, Kenneth Russell and wife Kyra of Mobile, AL; three daughters, Sheri Johnson and husband Alan of Licking, MO, Michelle Lawler of Houston, MO, Rebecca Polk and husband Chuck of Enterprise, AL; brother, Jerry Lawler and wife Davida of Licking; seven grandchildren, many great-grandchildren, nieces and nephews. Per Jimmie’s wishes, he was cremated and local no services were held.