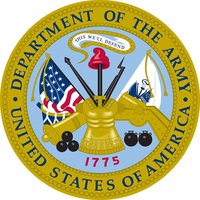 Alvin R. Hill born March 11, 1926 to Scott and Effie Hill of Laquey, Missouri, passed away on Monday, May 25, 2020 at Hickory Manor in Licking, Missouri. Alvin served his country in the Korean Conflict. After his military service he met and married his one true love, Margrie Emogene Lane of Duke, Missouri: daughter of Frank and Emogene Lane, on August 3, 1958. To this union one son, Daniel R. Hill was born. He is survived by Daniel R. Hill and wife, Jodi (Wolf) Hill of Duke, MO; brother, William Hill and wife, Maudie; two sisters, Anna May Griffin of the State of California, and Hazel Hill of the State of Arkansas. He is preceded in death by his parents, three brothers; Elmer, Warren, and Clifford Hill; and one sister, Vallena Farris.